In May 2014 four generations gathered in a Maine nursing home. All sensed that the end of a well-lived-life was nearing: the 94-year-old patriarch, his  daughter, her son and his grandson. I, the in-law, observed and supported. To be included in another’s process of dying is a privilege and a choice; one not granted or chosen by all. Understanding the honor of this privilege does not diminish the reaction to witnessing the dying process or the grief of the loss thereafter. What this privilege requires is responsibility for offering comfort to all involved-the dying and the loved ones present.

On our first visit upon arriving from South Dakota, it was clear his health worsened since we’d last seen him.  He sat in a brown recliner dressed in street clothes somewhat slouched, his blackened arms announcing diseases taking over his system. His look was one of being worn out. In alert moments his fascination of others and sense of humor shined through. His greatest interests outside of his family were the Boston Red Sox and automobiles. In younger years, he owned a car dealership. We talked simply about both. He’d drift off to sleep. Awake, he’d request a drink of water. Instead, being given a gelatinous like option to avoid choking. Clearly alert and frustrated, he’d repeatedly acknowledge his destiny, “Can’t a dying man just get some plain water?” Then, he’d drop his head on the palm of his hand and drift off again. It was not restful sleep. It was exhaustion with nods.

Time passed quickly in that dimly lit room where the door stayed closed. This was a private experience. We gathered in chairs around his recliner and often sat silently, observing his every movement like parents of a first-born. We’d talk in near whispers and allow ourselves to even laugh, guiltily glancing at him each time. Were we awakening him? Should we be laughing in a room where he was dying? Then, we’d grow silent again. One would reach out for his hand. He’d clutch it and hold on, until he couldn’t.

Within days he no longer had 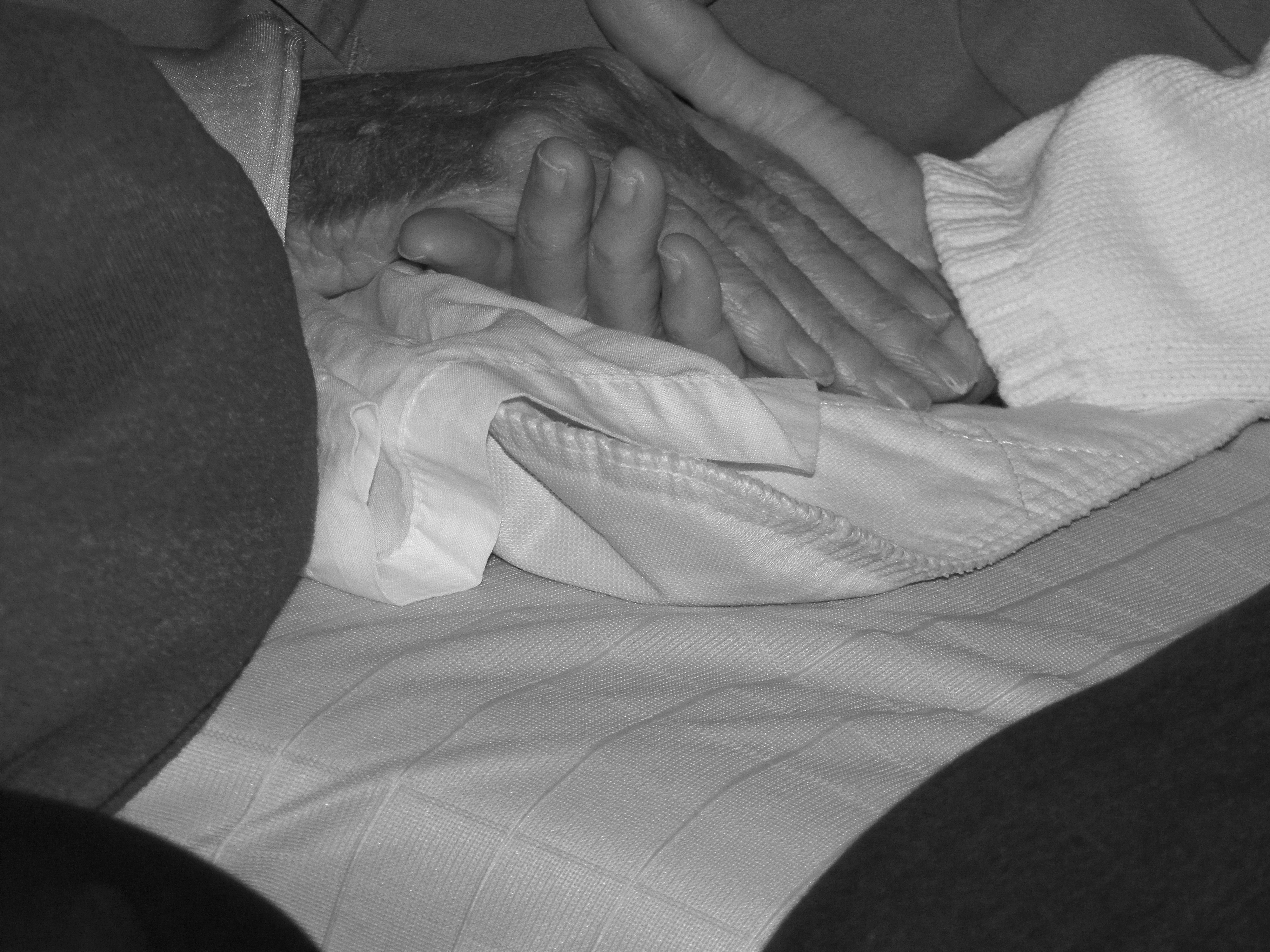 the energy to sit up in the recliner. A gown replaced his street clothes. His verbal skills were nearly gone. What remained was his unspoken need for touch. He was a blessed man. Most times his hands were in the palms of two different loved ones on either side of his bed. Alone in their own thoughts, his daughter and grandson  simultaneously stroked and patted his hand, gazing downward at their own movements, avoiding eye contact with one another and him. Eye contact with impending death is nearly impossible. Another loved one rubbed his forehead or found ways to make an uncomfortable situation comfortable by adjusting the lighting, covering his failing body, or massaging his feet. Stillness and busyness conflicted, yet no one questioned the necessity of touch for him or themselves.

During one untethered moment, he became aware of his unheld hands and slightly lifted his left arm, seeking the comfort of touch as he was preparing to leave us all behind. As the hours accumulated, touch and proof of aliveness became more of a necessity for family; morphine numbed his need.

On May 15, 2014 he died. His life touched all he knew, including me, one of his granddaughters by marriage. Equally touching was the privilege of participating in his dying, while celebrating and remembering his living.

His last moments are captured in images I took with the permission of his family. Each was completely focused on him and unaware of how impactful their gestures of touch were to him -the dying- or me-the observing. 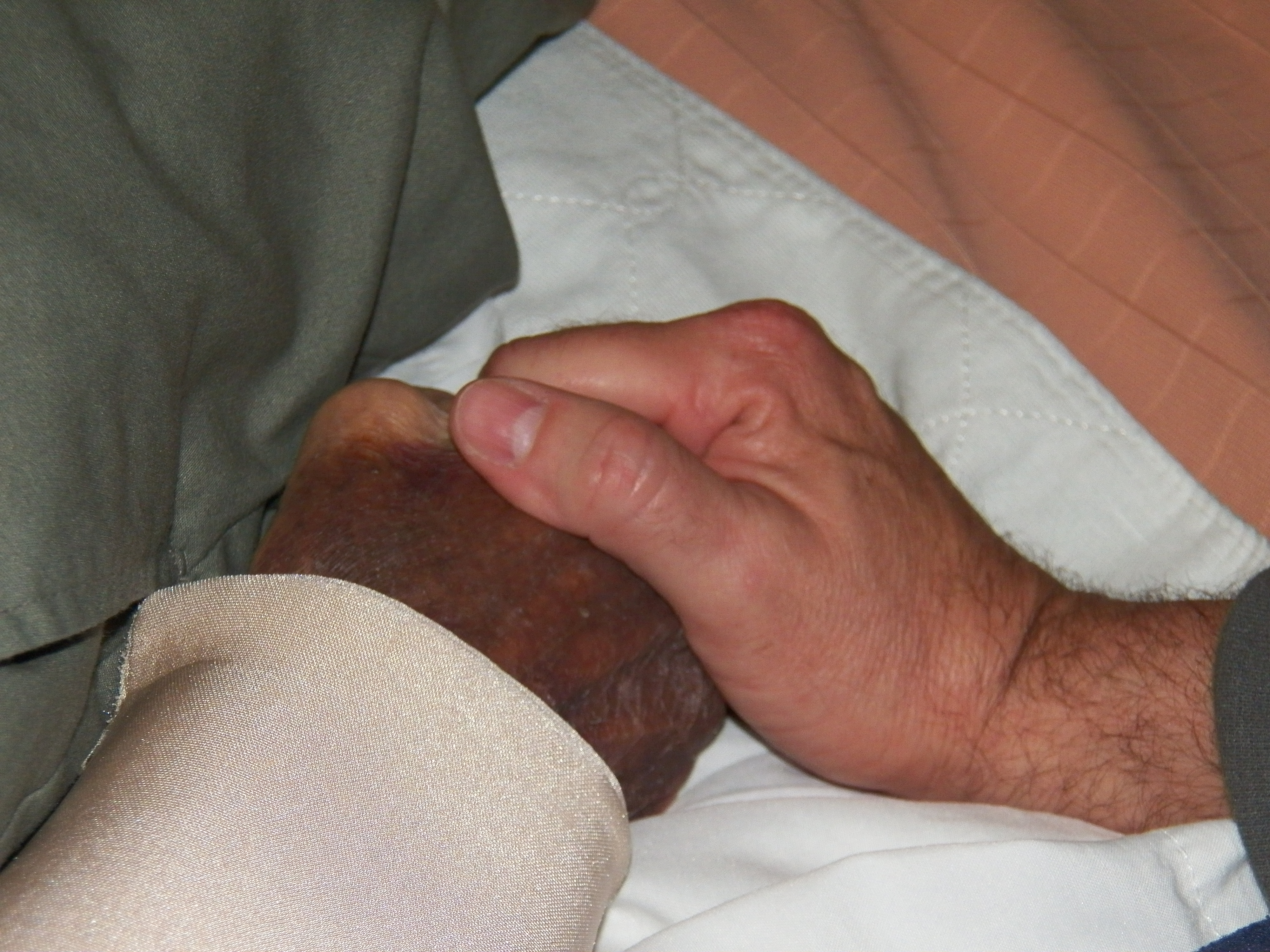 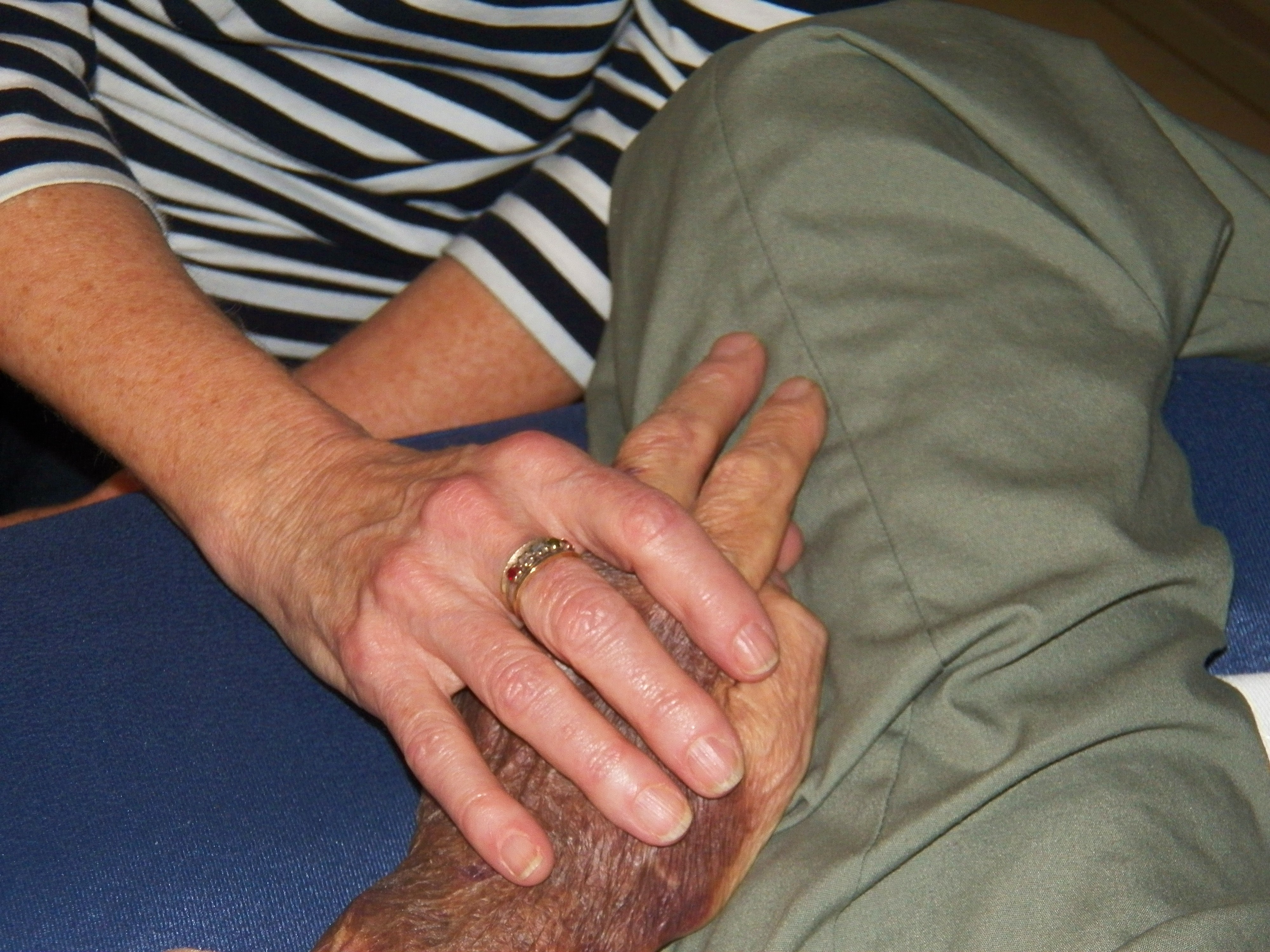 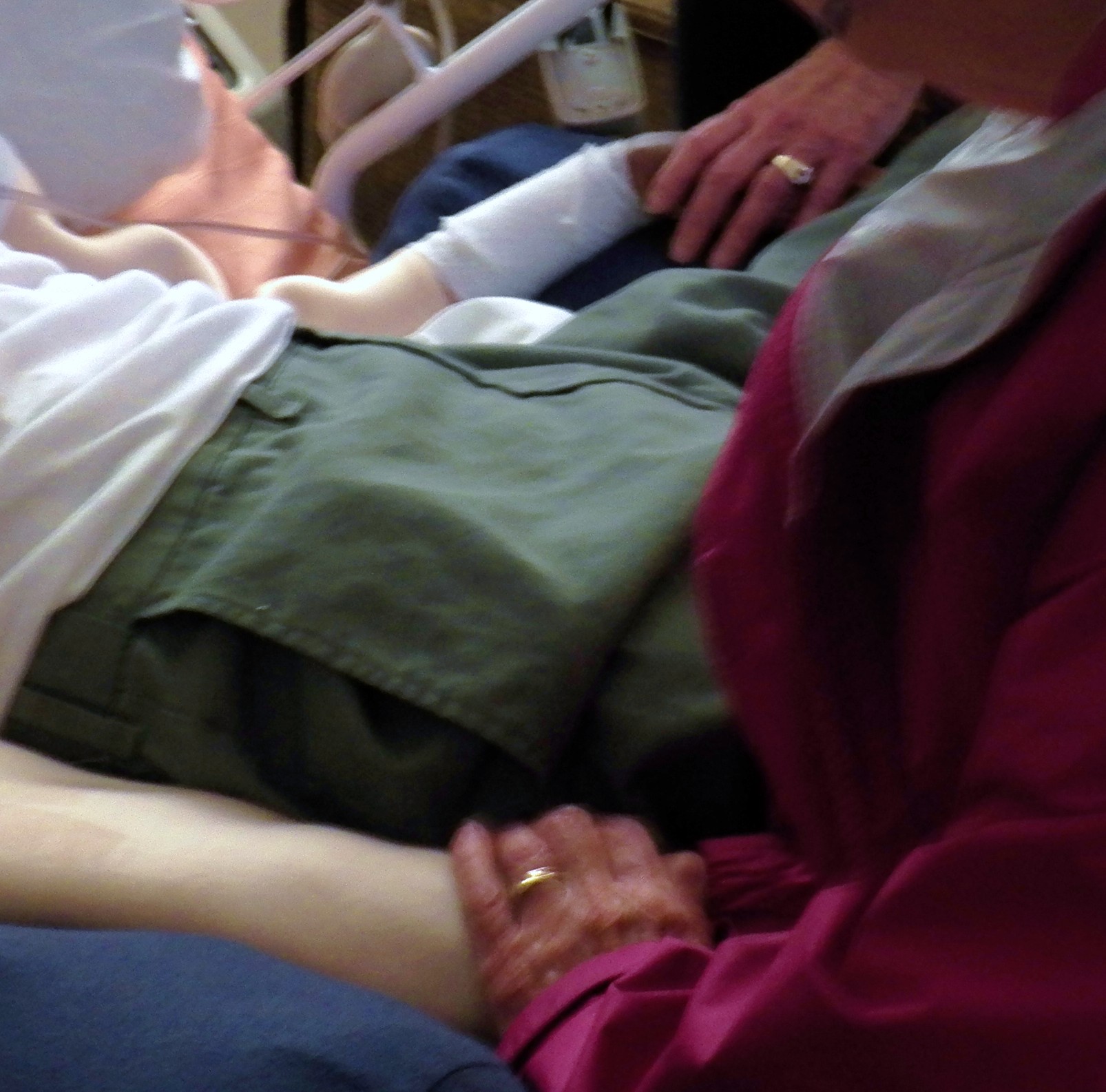 2 thoughts on “Touching Invitation to Dying”